This radio station was started because I feel that music has a powerful presence in everyone’s life and I wanted to share my love of the music that I grew up listening to with others that enjoy the same music. I can often remember key events in my life or my emotional state at a time in my past by simply remembering the songs I was listening to at the time.

The station is located in the beautiful Santa Barbara area of California. As a small upstart internet radio station that started in February 2014, things were pretty meager as I got up and running (i.e. no overnight success stories here) and I have experienced my fair share of bumps in the road. The first year goal was to see what the obstacles were to get a 24 hour a day radio station up and running and then to keep it up.  As a part of that 1st year “learn & grow” phase, I had to add a lot of music content, and as they say, content is KING. So I still add more content almost month. I now have a good solid base of popular tracks from all the decades and genres between the 60’s through the 90’s. I’ve also added selected tracks from 2000 through the most current music (2022) but I still remain mostly focused on tracks from artists who were popular in the 60’s through the 80’s. 60’s & Beyond has 11,772 tracks (Updated 7 January 2023) in it’s music library and I continue to grow our library at every opportunity. 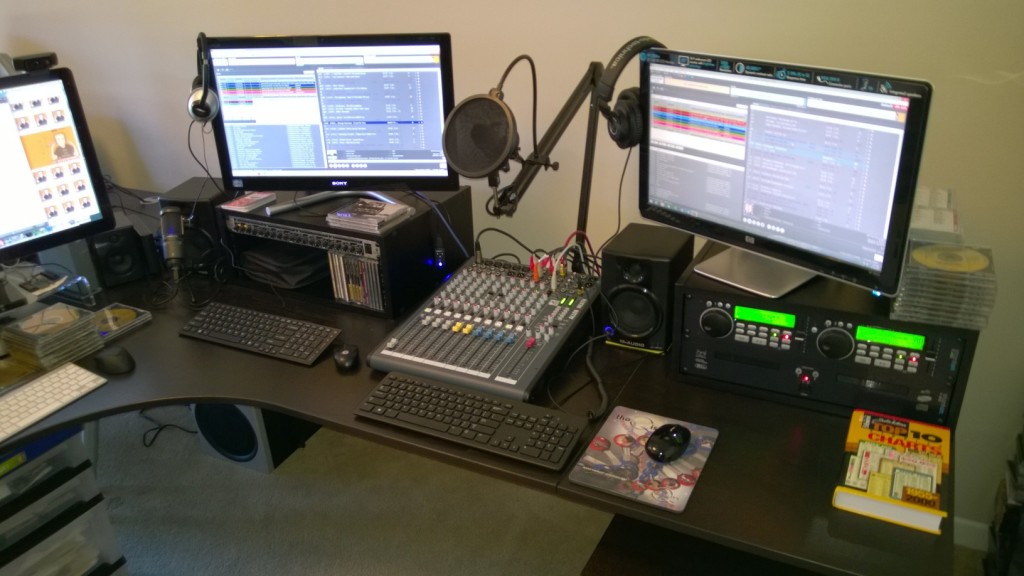 The loss of the Small Webcaster Agreement at the end of 2015 forced me off the air for a period of time but I decided to start back up at the beginning of May 2016 and play it by ear. The additional costs of Music Royalties were tough to manage as the station became very popular so I partnered with a great Graphics business in Westlake Village, California.  That was the birth of “60’s & Beyond – Radio Candu” (Candu Graphics) and the station became a part of their “brand” presence in the Thousand Oaks/Westlake Village area on the North Los Angeles.  Now beyond just a hobby, 60’s & Beyond – Radio Candu tried to service the local area and become a part of the community.  Once again the cost of running an internet radio station and the difficulty of getting local exposure to support the station through advertising forced Candu Graphics to look at alternatives when spending their advertising dollars.  That resulted in 60’s and Beyond – Radio Candu quietly going away at the end of 2018.  But my desire to share my musical passion with folks on the internet has brought me back in spring 2019 for another go at 60’s & Beyond.

I entered this new phase with the realization that this is a “hobby” and so I’ll need to control costs.  I joined a non-profit organization called Radiocoalition in early 2020 to become a part of a pool of small online radio stations that pay music royalties directly to the PROs (Performance Rights Organizations) at a much reduced rate as negotiated through Radiocoalition.  This reduced my overall costs a fair amount but more importantly, it has enabled me to have more listeners without the worries of exceeding my Total Listener Hours (TLH) per month.  That worked great until December 2021 when Radiocoalition ceased operations. I again was forced to cease operations due to the extreme cost increase I experienced after losing my non-profit status.

I worked with the Live365 staff and have found another non-profit organization that I can join but it’s going to take many more months for this new organization to get off the ground.  In the mean time, I started the station back up again at the end of April 2022.  It will be expensive in the interim but I just love my “hobby” station.

I still look to offset costs through advertising or listener donations but at this point I am NOT going to do any advertising.  I would like to get some listener donations to help keep costs manageable.  So I hope you will see our value and help me out by clicking on the Donation button from time to time and give me some financial help.

The bottom line: Check the station out and let me know what I can do to make 60’s & Beyond a station that you’ll be able to call home. I look forward to serving a diverse audience and working with all of you to build a radio station that you’ll visit often.